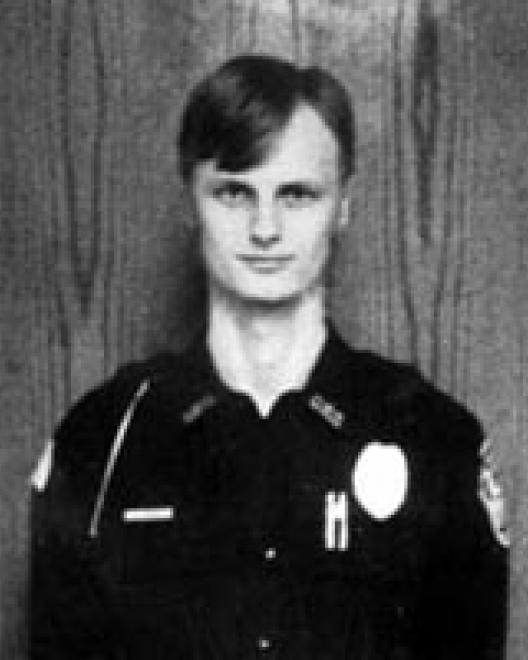 Patrolman Ashton was shot and killed after stopping a vehicle for driving the wrong way on I-90. He requested backup from the Shoshone County Sheriff’s Office before approaching the vehicle. Immediately when he approached the suspect’s window the man pointed a .30-.30 rifle at him and opened fire. The round struck Patrolman Ashton in the neck, just above his vest, as he attempted to push the barrel of the gun away. The responding deputy located Patrolman Ashton in front of his patrol car.

Neighboring agencies were notified and initiated a massive manhunt. The suspect was located the following morning following a vehicle pursuit in Kootenai County. The man was convicted of Patrolman Ashton’s murder and sentenced to death, however, the sentence was overturned by a Supreme Court ruling and he received 25 years in prison. Patrolman Ashton had served with the agency for 6 months. He was survived by his wife and child.