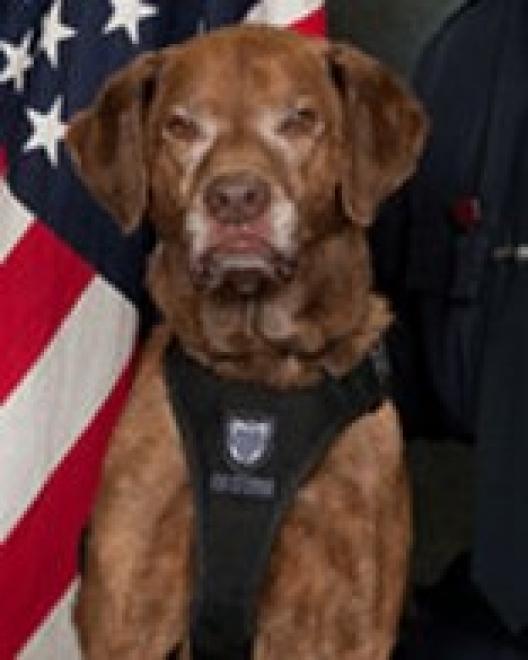 K9 Roscoe was killed in a vehicle crash when the patrol car he was in was rear-ended by a tractor-trailer while stopped at a red light at the intersection of Johns Avenue and Highway 16.

Roscoe was transported to a local veterinary hospital where he had to be euthanized as a result of his extensive injuries.

Roscoe's handler, the Emmett Police Department's chief of police, was also injured in the collision.