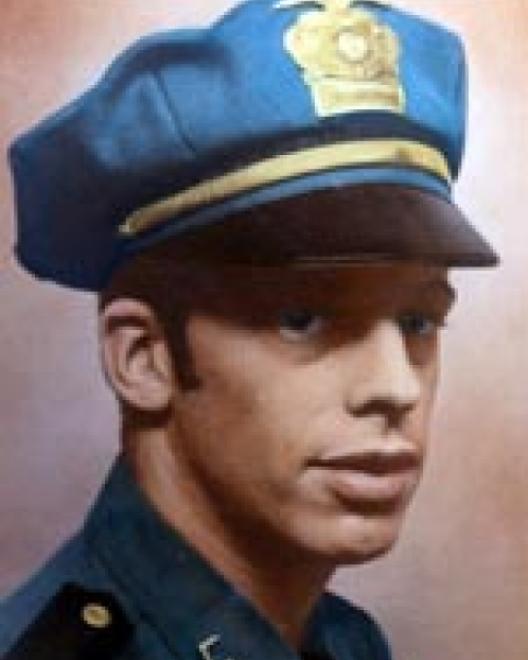 Patrolman Flavel was killed when a bomb exploded after he responded to the scene of a robbery. A suspect had called a pharmacy owner at home stated he needed a prescription filled as an emergency. When the store owner arrived the suspect told him he had a bomb and ordered the pharmacist to give him drugs. The pharmacist’s wife called police and responding officers took the man into custody. As Patrolman Flavel bent down to examine an object at the scene the item exploded, killing him. The suspect was convicted of Patrolman Flavel’s murder and sentenced to life in prison.